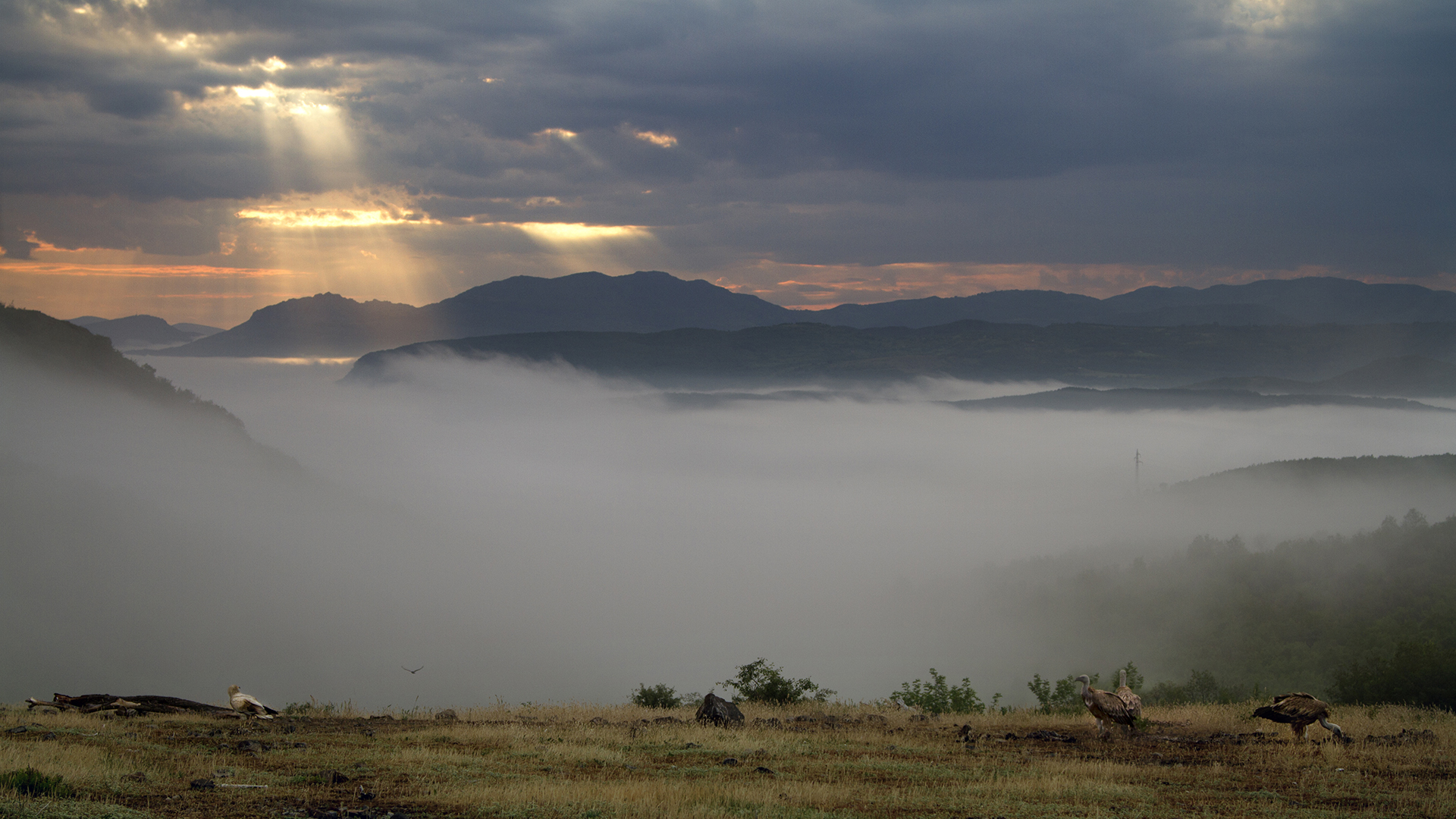 A few of us are aware of the fact that an amazing number of wild birds have chosen Bulgaria as their home – over 400 species! In Europe, only the skies of Spain beat that number. The new Mono Collective production Flying Away takes us on an exciting journey to the bedazzling bird world of the southeastern end of our continent. The production period of the film is more than 25 days in all four seasons as it aims to reflect the bird diversity of the country. You will see over 40 species of birds, including rare and endangered species like the Red-breasted Goose, the Egyptian Vulture and the Imperial Eagle.

‘The idea for a film about Bulgarian wild birds came from the BSPB. The director of the film Simeon Tsonchev says:

I was very pleased to accept the challenge – I think that Flying Away reveals a lot about our birds – they are interesting creatures, and remind me of us humans in many respects: they are social animals, loving parents and devoted partners. Unfortunately today the fragile sky dwellers are exposed to a ruthless human impact – I witnessed illegal logging, uncontrolled poaching, mindless habitat destruction.

An alarming number of Bulgarian birds already have a ‘vulnerable’ or ‘endangered’ status. Others, such as the White Pelican, do not nest in the country any more. At the same time many of the endangered species live tantalisingly close to us – huge flocks of pelicans fly over the apartment blocks in Burgas every morning, and the lakes nearby are bustling with energetic waders.

Flying Away can be distributed in two versions with different duration – a 40-minute original version and 5 independent short episodes. The original music score is the work of two composers: Maya Harrigan and Filip S. Filipov from the dark wave/post punk band Voyvoda. The premiere of Flying Away will take place on 23 April 2013 in Cinema House, Sofia. If you are interested in the distribution or the broadcasting of the film, please do not hesitate to contact us in order to receive a DVD Screener.