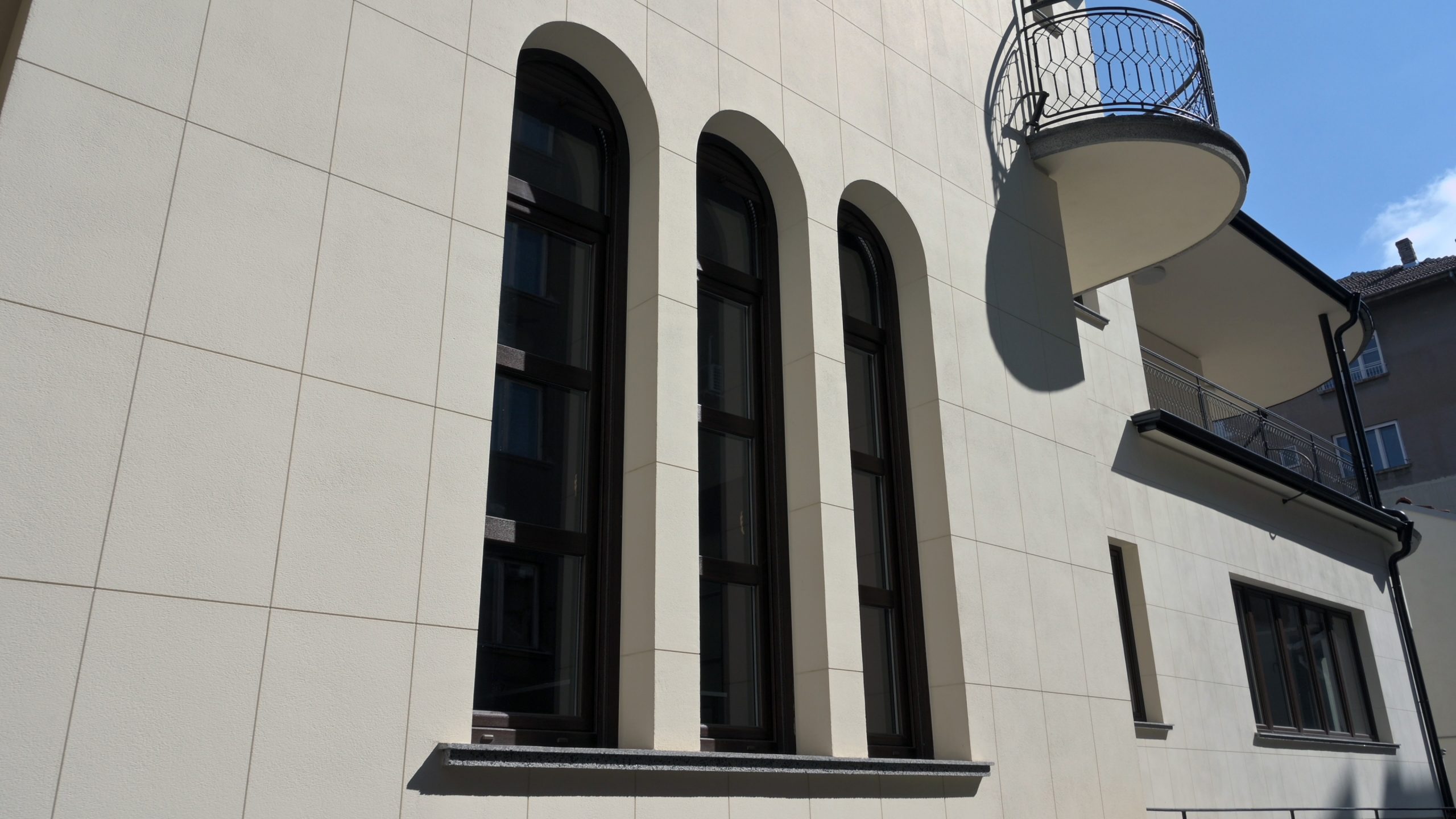 Come to Cinema House at 19:30 on Monday to watch on the big screen the first two short films from our series, representing some of the emblematic modernistic buildings in Bulgaria – The National Student House and The house of Angel Kantardzhiev. The films directed by Yana Alexieva and Simeon Tsonchev are screened as part of the competition programme of the 26. Golden Rhyton Festival of Bulgarian Documentary and Animated Film.

The National Student House on Narodno Sabranie square in Sofia was created by architects Stancho Belkovski and Ivan Danchov. It is one of the most prominent examples of modernism in the capital. The idea to build it forms in 1904. The first stone was laid with official celebrations on 30 May 1931 – 27 years after the idea to build it was first conceived! The simple minimalistic facade, the interior columns, the horizontal stripe-like windows and the checkered black and white mosaics are all recognisable modernistic elements, which make it unique for its time. The National Student House is a good example of a building, the form of which perfectly serves its purpose.

The house of Angel Kantardzhiev is one of the precious treasures of Bulgarian modernist architecture. It was designed in 1932 by architects Ivan Vasilyov and Dimitar Tsolov. Its unique curved facade with delicate columns and a flat roof are some of its recognisable modernistic elements. The house endured a lot of vicissitudes through the years, affecting its functionality as well as its appearance. Today it is skilfully restored and is hiding nestled between big buildings in an inner courtyard on 25A Tsar Osvoboditel Boulevard, between the Sofia University and Eagles’ Bridge.

We would like to thank the National Culture Fund for supporting our activity in 2022.

We would love to see you at the screening!